Two senior resignations will have caught the keen attention of Gen. David Petraeus last month. Clearly the case of Gen. Stanley McChrystal has had a bigger and more immediate impact on Gen. Petraeus's life. But he will also have noted with concern the resignation of Karim Waheed from his post as minister of electricity in Iraq.

In successfully dealing with the Iraq insurgency, it was knowledge and understanding of matters other than the purely military that frequently allowed Gen. Petraeus to surprise visitors. He correctly identified the paramount importance of electricity for the well-being of Iraqis and how an increased supply would reduce support for the insurgency while stimulating the economy at the same time.

Gen. Petraeus and U.S. Ambassador Ryan Crocker constantly and forcefully reminded the Iraqi leadership of the importance of electricity and the need to expand its availability. Their advice was backed up with resources, technical advice, and unique powers of influence. As a result the system was stabilized, a growth plan developed and, as generation output steadily increased, there was great optimism.

But progress in the last 18 months has not been sustained, and many Iraqis still get less than six hours of electricity per day. Mr. Waheed's resignation came only a short time before he would likely have been replaced anyway, amidst the current efforts to form a new Iraqi government. Yet Iraq's leadership still does not seem to have grasped the gravity of the electricity situation. Following Mr. Waheed's resignation, Prime Minister Nouri al Maliki gave a press conference where he attempted to explain the size of the problem the country faces, and reportedly declared that things wouldn't improve for two years while "the power stations being constructed by GE and Siemens were completed."

The even more grim truth is that neither GE nor Siemens are building power stations in Iraq. Both companies have significant orders for generators from the government. But the cost of the generators takes up only about 50% of the total cost of a power station, and the generators are the quickest part to procure. The construction and commissioning of the full power plants is the real challenge. That's a job for consulting engineers and construction companies, none of whom have yet been selected, let alone contracted, to start the work. 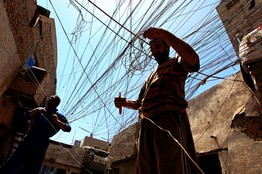 Baghdad has wasted too much time in untangling supply problems. 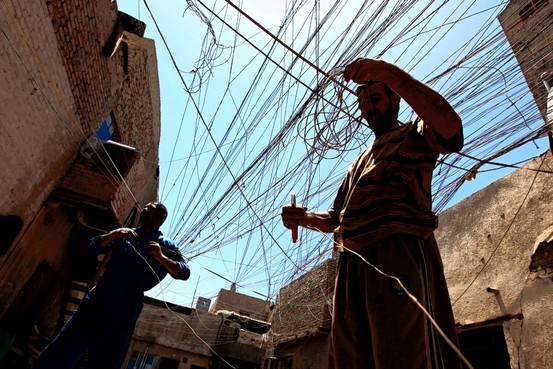 Were all such contracts signed tomorrow and work was to proceed at all possible speed, it would remain a tall order to get the additional power on the grid within two years. With the Ministry of Electricity's siting plan still subject to revision; with no decisions yet on how to provide the power plants with fuel; and with a general unwillingness to maintain or improve the plants Iraq already has, there is little prospect of progress.

Meanwhile the people of Iraq have just struggled through the hottest June for many years. And, in a country where only about 7,000 megawatts of electricity are generated daily against a demand at least double that, the equivalent of 4,000 megawatts of gas continued to burn in flares in the southern oilfields, while politicians argued about whether to ratify a two-year-old deal with Shell to capture it.

Mr. Waheed prevaricated and postured, but failed to make the decisions and commitments necessary to transform Iraq's electricity situation, despite the advice and support he had from Western experts. He was indecisive and mercurial, apparently incapable of strategic thought, mired in detail, unwilling to delegate, and seemingly terrified of being taken advantage of by the very contractors he had to rely on. Despite being a highly qualified engineer in his own right and having a genuine desire to improve conditions for the Iraqi people, he possessed neither the organizational, managerial nor leadership skills to succeed.

Nevertheless there is still potential for a turnaround if a new minister is willing to make the right choices. Generators (and a huge number of them) are on order. The Ministry of Oil's announcement to build modern refineries in Iraq, its proposed increase in oil production, and the recent announcement that the Shell gas-capture project will finally proceed, should eventually deliver copious quantities of gas—the fuel of choice for electricity generation in Iraq. In the Kurdish region, two large power stations of the sort that are envisaged for the rest of country were built and brought on line within 20 months using private contractors, showing what can be achieved. And the U.S. government, in perhaps its last substantial gift to the Iraqi electricity ministry, has commissioned an electricity master plan.

Appointing "best of class" consulting engineers to oversee the construction projects is a priority. This, and a willingness to take heed of the expert advice that is still available to them, would allow an Iraqi government to make a dramatic improvement in the country's electricity supply by the summer of 2012, and could conceivably make Iraq a net exporter of electricity by 2020. Any government that committed itself to such a program and then achieved it (and it is entirely achievable) should be guaranteed a landslide at the next election. The stimulus that such a plan would give the economy should be enough to pay for all the work.

Mr. Waheed was repeatedly told this but did not, or could not, act on it. And Mr. Maliki's government failed to listen to those who told them that Mr. Waheed was not going to succeed if he maintained his posture.

Securing adequate electricity access for civilians may be the single most important factor to keep peace and stability in Iraq once U.S. troops start to draw down. In this vital mission, the Iraqi government has lost too much time already; they can't lose any more.

Mr. McNinch is a former British Army engineer, and served as principle energy advisor to Coalition military commanders in Iraq in 2008 and 2009. He remains engaged in helping Iraq to develop its energy infrastructure.